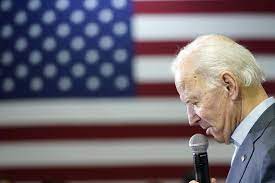 President Biden’s re-election campaign is preparing to launch.
After months of “will he or won’t he,” Biden and his senior aides are readying the details around his 2024 campaign.
Multiple sources tell The Hill the president is planning to make his intentions to run for a second White House term public in the coming weeks, likely in February, around the State of the Union.
One source close to Biden’s 2020 campaign with knowledge of the president’s plans said a more formal announcement is expected to come in April.
Behind the scenes, his advisers are meeting with key allies and are putting together an expansive and revamped digital presence.
Biden is moving closer to the official reelection announcement after spending time with his family in St. Croix over the holidays discussing his next steps for another bid, said the source familiar.
The intention to mount another presidential campaign began to crystallize even as some Democrats continue to question whether Biden will run again, mainly because of his advanced age. He turned 80 in November.
“I think it’s all about timing at this point,” said one Biden ally. “It seems like he’s all in. It’s not really ‘if’ he runs anymore.”
The State of the Union is typically held in late January or early February, but the president has to be invited by the Speaker of the House to address the Congress and the chaos surrounding the Speakership this week has inevitably delayed the address.
In recent months, as Biden has mulled his next steps together with first lady Jill Biden, he has been getting briefed by advisers on what a potential campaign would look like.
Last month, a group of Biden’s top advisers met with key allies and constituency groups to talk about the president’s agenda. But one attendee told NBC News it had the feel of a “strategy session ahead of a campaign launch.”
And as Biden tried to make a decision about his political future, his aides were quietly building the infrastructure needed for a new campaign. The Washington Post reported last month that aides were working to expand their digital footprint on platforms such as TikTok and WhatsApp, where political advertising is prohibited.
The potential expansion is the result of an extensive research effort paid for by the Democratic National Committee to lay the groundwork for Biden’s expected launch.
Those around Biden maintain he has time on his side, particularly amid the GOP disharmony in the Speakership vote this week.
Some influential members of Biden’s inner circle, including one member of Congress, were hesitant to weigh in on the president’s next steps until the Speaker race concluded, signaling the delicate nature of the ongoing preparations, one source close to the lawmaker said.
The hush-hush nature has punctuated much of the Biden era, and the weeks leading up to a potential announcement were no different, including on Capitol Hill. For the most part, as Republicans scrambled, Democrats focused their attention elsewhere.
As Biden’s senior aides, including Mike Donilon and Bruce Reed, toiled on a State of the Union speech, which they have been trying to perfect for weeks, the president spent time touting legislative projects, including his infrastructure package.
On Wednesday, the president traveled to Kentucky, where money from the bipartisan infrastructure bill will be used to reconstruct a bridge between Kentucky and Ohio. Alongside Senate Minority Leader Mitch McConnell (R-Ky.), Biden was able to telegraph that he had kept one of his campaign promises — bringing the parties together — as Republicans battled on the House floor.
One Democratic operative said it was the perfect backdrop to what a campaign kickoff might look like.
“The bipartisan infrastructure event this week is a good soft campaign launch for the president,” said the Democratic strategist.
“It positions Biden’s accomplishments, shows him as a unifier and contrasts him with Republicans who are cannibalizing each other during this messy Speaker fight.”
Biden has not been shy about his desire to seek reelection, especially if it turns into a rematch against former President Trump, with his aides and allies often echoing his eagerness around the matter.
But even the loquacious president dodged questions about a hypothetical campaign-in-the-waiting in recent days. “There’s an election co-ming up?” Biden quipped after reporters pressed him about a decision to run again. “2023 is going to be a good year,” he added.