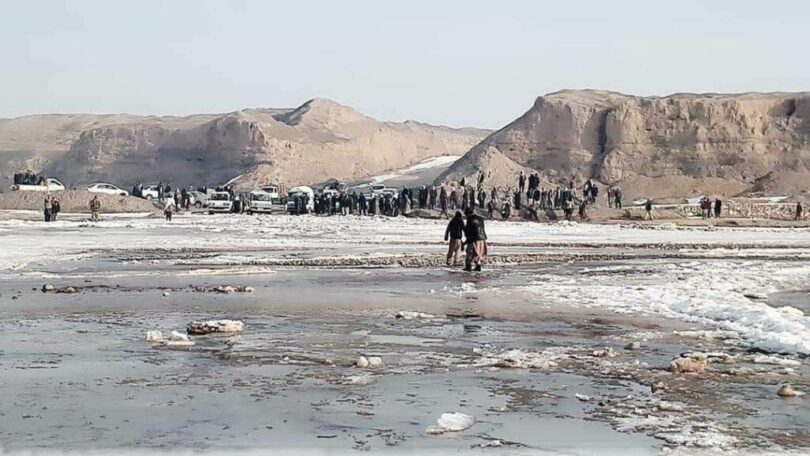 TALOQAN (Pajhwok): Some residents in the Yangi Qala district of northern Takhar province have complained against the closure of roads due to severe cold and frost and said their contact had cut off.
They said local people had started to clear this road with shovels and pickaxes in order to transfer their patients to the hospital. Rawajuddin, the resident of Yangi Qala, told Pajhwok Afghan News earlier they suffered as a result of dilapidated road condition, the lack of bridge while currently they were suffering from freezing cold and everything had frozen.
He said as a result of road closure, many people could not travel to the district centre or provincial capital and government paid no attention to address their problem.
“The flood water of Badakhshan’s Shahr-i-Bozarg district and Takhar’s Cha Ab district went through this area and it had frozen currently, vehicles could not move easily and we transferred patients to the hospital bearing a lot of problems and difficulties,” he said.
Mohammad Jawad, another local resident, told Pajhwok Afghan News as a result of recent snowfall, the road had been closed, tens of villages in area lost contact with the district centre. He said the previous government assured the construction of bridge on the river but it never honored its promise and now the water is frozen and nobody could travel.
Mullah Ahmad Seyar, the provincial Disaster Management Department Director, said there was need for the construction of bridged on the river in Yangi Qala. The area get frozen in winter and it is not possible to travel. He said his department did not has fund to construct bridge there.