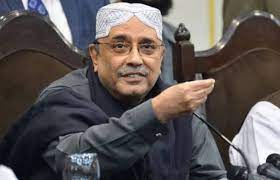 Sources said that PPP parliamentary party’s leader Syed Hassan Murtaza, MPAs Ali Haider Gillani, Makhdoom Usman, among others reached the house. Earlier, Mr Zardari flew to Lahore to discuss political affairs with Prime Minister Shehbaz Sharif. His visit comes in the wake of the political volatility caused due to the Pakistan Tehreek-e-Insaf’s (PTI) decision to ask the PM to obtain the vote of confidence in the National Assembly (NA) after Punjab Chief Minister (CM) Parvez Elahi succeeded in obtaining the trust vote in the Punjab Assembly. Sources told that Mr Zardari would put forward his recommendations on the future strategy to the PM.