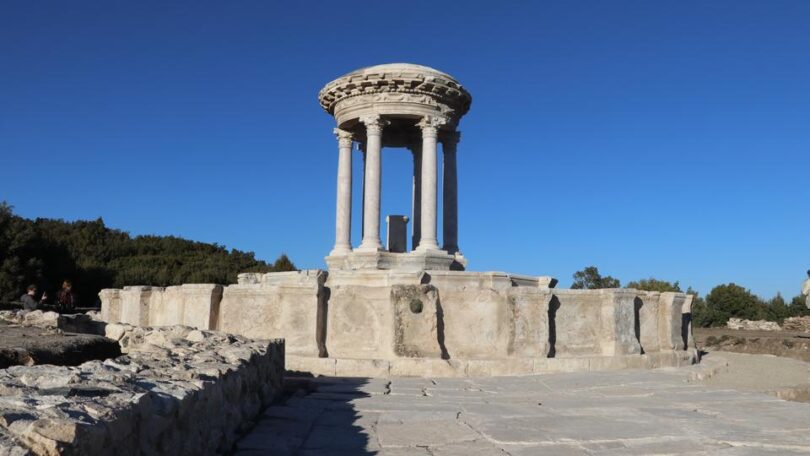 A team of excavation experts has successfully restored a 2,000-year-old fountain in southwestern Türkiye, with fresh water flowing anew from the ancient water reservoir.

The restoration was completed with contributions from the Burdur Governorship with an expert team of 17 people, including archaeologists, restorers, and architects.

The fountain features two pools and includes over 150 original architectural fragments found among the ruins on the third terrace of the city.

At least 24 imitation blocks produced from the original type of stone have also been installed.

Visitors to Kibyra, known as the “City of Gladiators” on the UNESCO World Heritage Tentative List, can reach the fountain by walking along a stone step path whose restoration has already been completed.

Sukru Ozudogru, an archaeologist at Mehmet Akif Ersoy University and head of the ancient city’s dig team, told Anadolu news agency that Türkiye boasts two large ancient monumental fountains that have been restored, and both of them are in Burdur.

Ozudogru said that fresh drinkable water will again flow from the fountain through the work they have done.

He said Kibyra will be the second ancient city in Türkiye after Sagalassos to have a fountain with water flowing through it.

“We want to bring water from the ancient spring this May and restore the fountain to its original function,” he emphasized.

“Just like in ancient times, water will flow into the pool from the mouths of the lion and panther statues in the lion’s hide where the mythological hero Hercules laid down, and the panther’s hide where the god of wine Dionysus lay down,” he added.