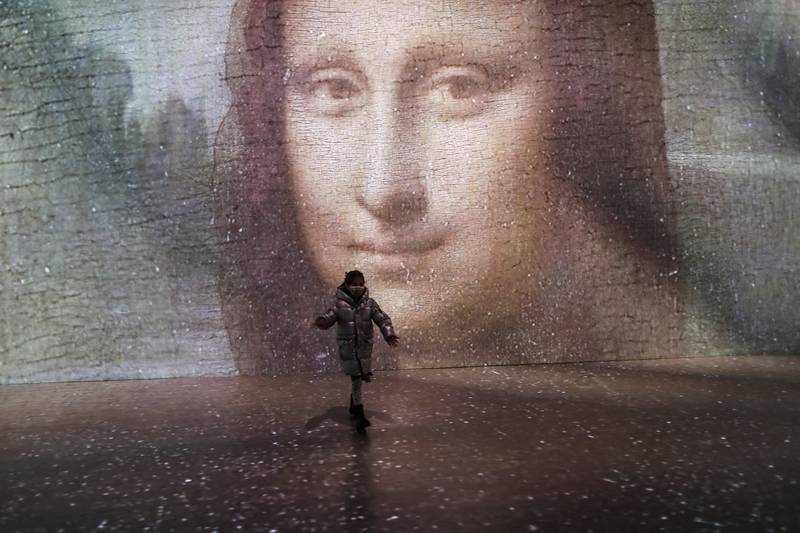 In a year populated by numerous crises, little divided the art world in 2022 quite as much as its increasingly tumultuous relationship with technology.

On one hand, while the entrance of artists such as Takashi Murakami into the NFT arena has lent the space some much-needed credibility, Christie’s reported a 96 per cent decline in NFT sales over the course of the year.

Although the medium remains subject to the same vulnerabilities as the crypto market, many creatives and platforms continue to explore ways to utilise the technology — with applications ranging from practical to abstract, and social to commercial.

Some will go on questioning the legitimacy of NFTs as an artistic medium, as online marketplaces continue to be flooded with meme art tokens. Now that the hysteria has settled down, questions are being raised about the inherent “value” in NFT art, with conceptual works that can easily be minted over and over again, as opposed to physical works by modern artists.

Elsewhere, blockchain proponents continue to swear by the utopian ideal the technology is laying the foundation for — whether as a means of verifying provenance and authenticity, or a promised land of opportunity for emerging artists.

Others will simply wonder what the best application of the technology may be in the creative field. Much has been said about the democratising force of NFTs, but their ability to truly empower creators and enrich communities has yet to be demonstrated on a wide scale. How many emerging artists have bypassed the gatekeepers and risen to the top of the arts world, scaling the ladder of NFTs?

The rise of AI

However, if 2021 was the year of NFTs, 2022 was the year of artificial intelligence. Over the course of the past 12 months, the rise and release of AI image generators, such as Dall-E and Midjourney, has offered an unparalleled insight into just how powerful these algorithms have become.

There is no more tangible way to explore the power of a modern AI system than by simply typing in “Arab man drinking coffee in the style of Van Gogh”, and watching it draw a faithful depiction in under a minute.

The conversation bubbled to the surface in August, when Jason Allen won the Colorado State Fair award for a piece of digital art produced using the Midjourney system. He told The National that while critics of AI-generated work often aim to discount the degree of human input in the creative process, “you don’t just type in a few words and get amazing pieces”.

He added: “There’s a process to it. One of my points is, if the prompt was no big deal, why does everybody keep asking me what it is?

“Instead of brushstrokes, it’s keystrokes. I don’t know what the outcome is going to be but I know what I feel and how I want to express it. And then I discovered [it] at the end, and it’s just faster than your process. So is that the problem? You’re afraid of the power?”

It is precisely that power which is sending shock waves across the arts and culture spaces, with many wondering where to draw the line. At what point do we stop valuing the space not just between the brush and the canvas, but the artist and the brush? When does the physical medium become redundant? And where does it all stop? As Murakami told us, the new question of our age is: “What is creativity?”

Automation has long been an issue across various other sectors. As we head further into the Fourth Industrial Revolution, the debate over the next waves of automation, especially in the creative spaces, may be spearheaded by AI art.

Other applications, meanwhile, such as the Lensa AI app, have triggered wider debates — particularly over copyright issues, with artists claiming that it creates avatars for its users by compiling existing artworks.

For algorithms trained to amalgamate and replicate other people’s existing artworks, rather than reconfiguring sources of inspiration as a human might, the process raises even more questions — where exactly does one draw the line between inspiration and duplication?

We can expect these conversations to escalate as AI technology continues to grow at an exponential rate, and more systems, including perhaps Google’s own Imagen, are made more available to the public.

Some established artists will incorporate these systems into their work, others will shun and deride them. Smaller digital artists working on commission will probably feel the squeeze.

Merit of the metaverse

Earlier this year, The National also met Ai-Da, dubbed “the world’s first ultra-realistic artist robot”. An AI-powered robot who uses a mechanical arm to paint, Ai-Da told us: “I believe that art can be a powerful tool for change. I strive to use my artwork to encourage discussions over new technologies. It is inspiring to see people discuss our features.”

Of course, mirroring this, not all technological innovation in the arts will prove as divisive. Virtual and augmented reality will continue to offer artists, and audiences, new ways to experiment and explore.

We’ve already covered projects, such as the Mosul Heritage Museum’s virtual reality exhibition, which uses technology to remarkable effect — allowing visitors to revisit heritage sites destroyed by terrorists. We also explored how forensic architecture is being used to solve human rights abuses around the world.

However, the storied metaverse continues to drag its heels, leaving people wondering whether the soil it ploughs will ever reap a worthy harvest. Do people really want to throw on a set of VR goggles and peruse an exhibition of Ringo Starr’s art in the metaverse?

There are wider issues to explore: will Meta own the metaverse? Should anyone own the metaverse? And if they do, what does that mean for creativity? Will all digital art be filtered through the sort of socio-economic hierarchies the internet has always promised to counteract?

If monopolies such as Meta aim to enforce control over these digital spaces, perhaps we will see greater lunges from artists towards the decentralising forces of NFTs, lest their work be diluted by the shackles of algorithms designed to promote commercial interests. In this outcome, in a world where people’s attention span is a product to sell to advertisers, what role does art serve, and what can creatives do to protect virtual cultural spaces?

Of course, the conversation is sure to shift, and with technology developing at the rate it is, it’s impossible to truly predict how things will unfold. But one thing is for certain: the marriage of art and technology is sure to remain a juggling act of promise and problems for some time to come.