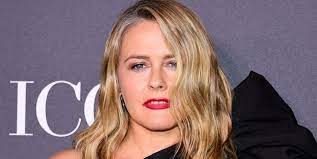 “If it takes me getting naked for you to care about animals then that is what I’m after,” Silverstone, 46, said in a video.

The PETA campaign claims that “everyone can choose innovative vegan leathers made from the prickly pear cactus, mushrooms, or apples instead of supporting industries that kill animals for their skin.”

These vegan materials can be used to make leather favourites like cowboy boots, purses, hats, and belts.

“My dream is to get these vegan, Earth-friendly materials into the hands of famous designers,” Silverstone said.

The campaign highlights the amount of energy and resources that go into the production of leather and how it is not sustainable for Earth or fair to animals.

A study from the Leather Panel in 2017 showed the carbon footprint of cow skin leather was to be almost seven times more harmful to the climate than synthetic leather.

“There is this idea that leather is somehow better for the earth but what they don’t realize is the amount of resources, water, food, oil for transport, the amount of energy that goes into making leather is extraordinary. It’s not sustainable. The Earth can’t handle it,” Silverstone explained in the video.

“I really like the merge of being conscious of no animal skins, but also being conscious of the Earth because we all have to live in it. The animals, and us, and without it we’re screwed. And we also want a healthier life. So, I’d rather go naked than wear animals,” Silverstone explained.