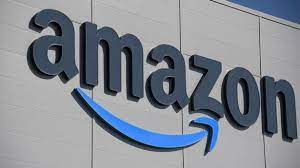 LONDON (BBC News): Amazon plans to cut more than 18,000 jobs, the largest number in the firm’s history, as it battles to save costs.
The online giant, which employs 1.5 million people globally, did not say which countries the job cuts would hit, but said they would include Europe.

Most of the job losses will come from its consumer retail business and its human resources division. Boss Andy Jassy cited the “uncertain economy” for the cuts, saying it had “hired rapidly over several years.”

“We don’t take these decisions lightly or underestimate how much they might affect the lives of those who are impacted,” he said in a memo to staff.

He said the announcement had been brought forward due to one of the firm’s employees leaking the cuts externally.

“Companies that last a long time go through different phases. They’re not in heavy people expansion mode every year,” he added. Reacting to the announcement, one Amazon Fresh store worker told the BBC: “We’re not allowed to speak about it, even to each other.

“I’d like to keep my job, obviously,” the employee said. But they were aware that there are a number of vacancies at the moment in the UK and if this job was axed, they would simply apply for another.

Amazon has seen sales slow after business boomed during the pandemic when customers at home spent a lot online.

A potent combination of a downturn in advertising revenues due to businesses seeking to save cash, alongside consumers spending less as the cost of living crisis bites, is hitting tech firms hard.

Retail analyst Neil Saunders, managing director of GlobalData Retail, tweeted that the Amazon job cuts were “a big number” but the company – across its entire operation – had taken on about 743,000 more people since 2019, “some of which was based on irrational exuberance during the pandemic”, he said. “We’re now in a different era and Amazon is on a diet,” said Mr Saunders, adding more cuts are likely in the months and years ahead.

Other big tech firms including Meta – which owns Facebook, Instagram and WhatsApp – and cloud-based business software firm Salesforce have also both recently announced big cuts. Amazon has already announced that it is cutting back on projects like the Echo (better known as Alexa) and delivery robots – which were nice-to-haves but not actually making money.

Anecdotally, there is a tendency in Silicon Valley for firms to hire and retain talented workers on attractive salaries, even if they’re not immediately needed, primarily in order to stop them working for rivals. This culture is a luxury which big tech can no longer afford to maintain.

Amazon employees affected by the cuts will be told by 18 January.

The move comes after the technology giant said last year that it would reduce its headcount without saying how many jobs would be cut.
The company had already stopped hiring new staff and stopped some of its warehouse expansions, warning it had over-hired during the pandemic.

Amazon started laying off staff as early as November, according to LinkedIn posts by workers who said they had been impacted by job cuts.

Posts seen by the BBC included those from employees in Amazon’s Alexa virtual assistant business, Luna cloud gaming platform division and Lab126 – the operation behind the Kindle e-reader.

It has also taken steps to shut some parts of its business, cancelling projects such as a personal delivery robot. “Prior to the pandemic, tech companies would often remove only the bottom 1% to 3% of their workforce,” Ray Wang from the Silicon Valley-based consultancy Constellation Research told the BBC.

Dan Ives from investment firm Wedbush Securities said he believes Amazon will face “more pain ahead” as customers tighten their belts.
Tens of thousands of jobs are being shed across the global technology industry, amid slowing sales and growing concerns about an economic downturn.

In November, Meta announced that it would cut 13% of its workforce.

The first mass lay-offs in the social media firm’s history will result in 11,000 employees, from a worldwide headcount of 87,000, losing their jobs.

Meta chief executive Mark Zuckerberg said the cuts were “the most difficult changes we’ve made in Meta’s history”.
The news followed major layoffs at Twitter, which cut about half its staff after multi-billionaire Elon Musk took control of the firm in October.