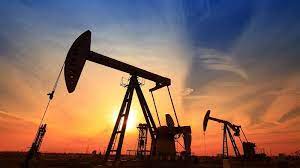 Ministry of Energy (Petroleum Division) presented a summary for assignment of working interest in exploration licenses/Blocks. The Ministry of Commerce tabled a summary on the Import of Agricultural tractors under the Kissan package 2022 and proposed amendments in Import Policy Order 2022 to reduce the cost of tractors.

The ECC after deliberation approved the proposals of the Commerce Ministry and allowed amendment in the relevant clause of the IPO 2022 for the import of upto 5-year-old tractors. Regarding ‘Duty Reduction’ for the import of secondhand tractors, the ECC allowed depreciation in value at 2% per month up to a maximum of 60% as already provided under CGO no. 14 of 2005. Finance Division presented a summary on proposals of State Bank of Pakistan (SBP) regarding an equity investment of USD 4.9 million by Fauji Foundation for the acquisition of shares of Daharki Power Holding Limited and submitted that the Government allowed Fauji Foundation to make equity investment abroad of US$ 12 million in ‘Daharki Power Holdings Limited’ in 2008.

Fauji Foundation, Asian Development Bank (ADB) and Daharki Power Holdings Limited, BVI entered into an agreement in 2008, which provided ADB the right to exercise put option with respect to 2,750,000 shares subscribed by it. The ECC considered the proposals of SBP and allowed equity investment of US$ 4.9 million by Fauji Foundation for the acquisition of 2,750,000 shares (18.64% stake) of Daharki Power Holdings Limited and granted waiver/exemption to Fauji Foundation from the policy enumerated in Foreign Exchange Manual being incorporated as a trust under Charitable Endowment Act 1980.

Ministry of Energy (Power Division) submitted a summary regarding amendments in the Standardized Security Package Documents (SPDs) for the large solar PV projects, based on the market response to the earlier modifications by the competent forum and in order to ensure the viability of the project.

The ECC after discussion approved the proposals that indexation of tariff in the SPDs be on annual basis and payment mechanism for settlement of invoices as per Framework Guidelines.

The Ministry of Energy (Petroleum Division) submitted another summary regarding the Enhancement of Oil and Gas production from Tal Block (KPK) proposing the sale of gas from the Mamikhel South discovery to a third party in accordance with the Petroleum Concessions Agreement (PCA).

It was also submitted that the State Owned Entities (SOEs) have around 70% working interest in the TAL exploration License. This arrangement will be to the benefit of the Government of Pakistan in the form of increased dividends and taxes and it will be an opportunity to enhance private sector participation. The ECC considered and approved the proposal.

The ECC considered and approved a summary submitted by the Ministry of Commerce on policy regarding B2B barter trade mechanism especially where there is the absence of banking channels and generally to facilitate trade with other countries. The ECC also approved the following Supplementary Grants/ Technical Supplementary Grants, Rs. 300 million in favour of the Ministry of Energy (Power Division) for expenditures on development projects under PSDP being executed by Peshawar Electric Supply Company (PESCO) during the current financial year (2022-23). Rs. 12.462 million in favour of the Ministry of Housing and Works for the urgent repair and maintenance expenditures during the current fiscal year 2022-23. Rs. 1000 million for the project “Rehabilitation/Construction of Roads in SITE Industrial Estate Karachi”. (APP)