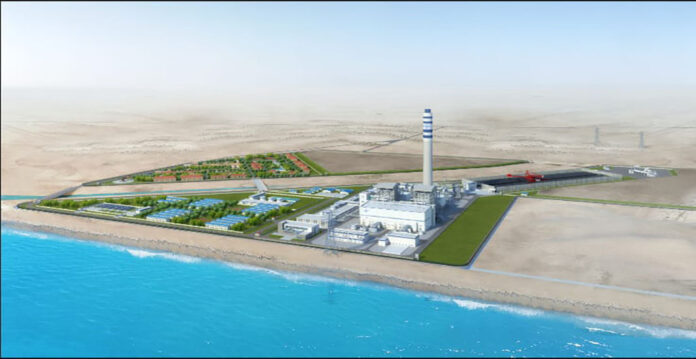 ISLAMABAD (APP): The Gwadar Port, being operated under the flagship China Economic Corridor (CPEC), has received another bulk vessel of DAP fertilizer under the Afghanistan-Pakistan Transit Trade Agreement, and will discharge approximately 28,000 metric tons.
An official of the Ministry of Planning, Development and Special Initiatives told APP that the DAP fertilizer received on the port would be transported via Chaman and Torkham. The official added that entire East Bay Express Way in the port city had been filled with trucks waiting to enter the Gwadar Port. The port has also started receiving government imports of bulk cargoes as three consecutive vessels carrying 90,000 MT of urea have already arrived at the port and clocked the fastest discharge rate.
This was made possible due to the efforts of the Ministry of Maritime Affairs, China Pakistan Economic Corridor (CPEC) Authority, Gwadar Port Authority (GPA), Trading Corporation of Pakistan (TCP) and Pakistan Customs, the official added.
These bulk cargoes were discharged and after bagging at the port, will be transported from Gwadar to other destinations in Pakistan. Next month, the Gwadar Port will start handling 450,000 MT of TCP wheat. The TCP on behalf of the government decided to handle the import of urea and wheat through Gwadar Port. This movement will ease the huge congestion at other ports of Pakistan due to the high traffic of vessels carrying bulk cargoes, which results in delaying the operation and transportation of shipments; thus, disturbing the entire supply chain mechanism.
Import of these government cargoes offers substantial benefits to locals and will generate various economic activities and employment opportunities for locals in terms of 100% shipping agencies services by locals.
Gwadar Port is the industrial nerve center of Gwadar Free Zone and offers substantial economic benefits to importers in terms of highly efficient operations, advanced cargo handling, vast storage areas for all types of cargo, extensive ancillary facilities, and faster turnaround time and delivery. The port due to its unique geographical position makes it a fast-economical link between land-locked Central Asian states and the rest of the country. Gwadar port and Freezone are all set to become the hub of international trade which will help the country earn much-needed foreign exchange in the near future, which is in line with the vision of Prime Minister Shehbaz Sharif to promote regional economic integration.
A sizable share to import of wheat and urea at Gwadar Port will play a vital role to operationalize and also generate business opportunities both in Gwadar and along CPEC highways, which is very essential for the uplift of Balochistan.