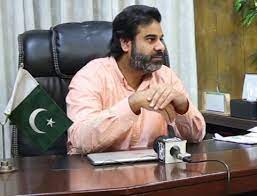 ISLAMABAD (APP): The Coordinator to Federal Tax Ombudsman Meher Kashif Younis Sunday vehemently urged the government, all mainstream national political parties and chambers of commerce and industries to evolve a collectively viable charter of the economy with consensus to put the country on the track of uninterrupted economic development.
Chairing a seminar on “ The need of Charter of Economy” held under the aegis of Gold Ring Economic Forum,a strategic think tank, here today he said at this critical juncture of time since inception there is a dire need for drastic economic reforms for the revival of the economy. He said Pakistan has suffered severely from the Russia-Ukraine conflict, floods havoc, and the Corona pandemic, as have most other countries.
But Pakistan has also been confronted with a chronic economic crunch, even before the pandemic, for decades. He said low growth rates, high levels of debt, spiraling inflation, low productivity and poor competitiveness have, among other factors, contributed to widespread poverty and slowed down the pace of economic growth and development in Pakistan.
He said addressing the responsible key factors required to do with the economic calamities Pakistan has been facing for too long. He said not a single political party alone can introduce genuine reforms that involve taking difficult bold policy decisions. If a political party or coalition in power does that, it will have to face bitter opposition and fierce resistance from influential quarters including capitalists and feudal lords.
Hence he added all stakeholders and political parties and chambers must be on one page in the larger national interests for long-term result-oriented far-reaching policy decisions.
Meher Kashif Younis who is also Chairman Kyrgyzstan Trade House categorically said now the future of the country, will mainly depend on overcoming the economic turmoil, which has been aggravated due to reasons best known to all. He said turning the economy around is nothing new, but up to now has resulted in little success. He said Pakistan, with all its resources and opportunities, cannot afford to continue to muddle through economically any longer but needs a better, functioning, and prosperous economy. Adding he said, freezing the country from its economic calamities should not be a matter of party affiliation, but a common task for all political actors who want to see Pakistan flourish. There is a dire need for a functioning economic strategy, and for continuity in its implementation, if Pakistan’s economy is to be dynamized he concluded.