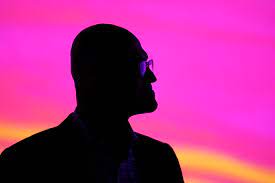 NEW YORK (Reuters): Satya Nadella keeps thinking bigger. Microsoft’s (MSFT.O) chief executive has been buying new businesses at an impressive clip. Look for him to add Netflix (NFLX.O) to the list in 2023.

Since his 2014 promotion into the technology titan’s corner office, Nadella has embarked on a pricey shopping spree. It started with the $2.5 billion acquisition of the company behind the hit game Minecraft. Later, Microsoft bought LinkedIn for $26 billion and the speech recognition and artificial intelligence software developer Nuance for $20 billion. Activision Blizzard (ATVI.O) was by far the largest disclosed target, at $69 billion.

Microsoft is busy fighting U.S. trustbusters for the right to absorb the “Call of Duty” creator. Putting it under the same roof as gaming console Xbox has led to regulatory concerns about market dominance. Even if Nadella loses out on the video-game company for competition reasons, however, owning Netflix would make strategic sense and probably be an easier sell in Washington and Brussels.

The two companies are already closely aligned. Netflix chose Microsoft as its advertising partner for a new advertising-supported subscription service. Microsoft President Brad Smith also sits on the Netflix board. Part of the rationale for a deal is that Microsoft wants to offer a video-game streaming service over multiple devices.

Netflix has its own big plans in gaming. In 2022, the company co-led by Reed Hastings snapped up developer Spry Fox, its sixth in-house studio. Becoming part of the Microsoft empire would supercharge those ambitions. A bundle with streaming TV and games together is not hard to fathom.

With a market value 13 times that of Netflix, as of early December, $1.8 trillion Microsoft can afford Netflix. A 30% premium would value the Netflix enterprise at nearly $190 billion. Significant cost savings would be hard to find, however. And after taxing the $8 billion of operating profit that analysts project for Netflix in 2024, the implied return on investment would only be half its 8% weighted average cost of capital, per Morningstar analysts.

Nadella has defied such back-of-the-envelope financial logic before. And if nothing else, he has shown a willingness to be a bold dealmaker. On that basis, it’s easy to believe Microsoft will set its sights on Netflix.

The US Federal Trade Commission on Dec. 8 sued to block Microsoft’s $69 billion acquisition of video-game developer Activision Blizzard, arguing that the combination would hurt consumers because it would give the software company an unfair edge against competitors of its Xbox gaming consoles and cloud-gaming business.