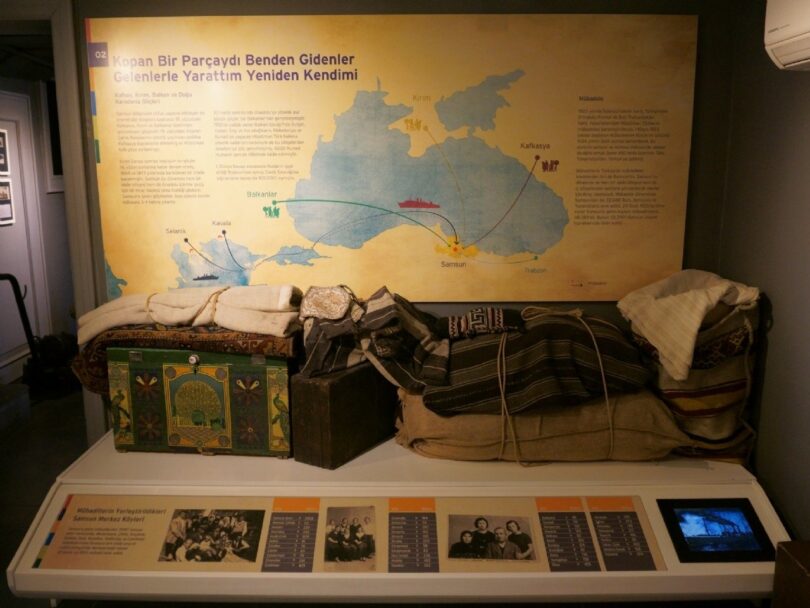 ISTANBUL (IHA): Samsun City Museum, which was chosen as one of the best six museums in Europe in the Luigi Micheletti Award Museum Competition organized by the European Museum Academy (EMA), hosted 32,000 visitors in 2022, the latest data revealed.

Established by Samsun Metropolitan Municipality in 2013, the works displayed in the museum unfurl the city’s history, culture, sociology, economy, tourism, architecture and gastronomy, collecting the city’s memory under one roof. The museum also offers a chronological view of the War of Independence, which started with Gazi Mustafa Kemal Atatürk’s arrival in Samsun on May 19, 1919. For this reason, the museum, which comprises two parts, is one of the first places visited by those who come to the city.

All objects are donations

Touching upon how the museum was set up, Samsun City Museum unit supervisor and art historian Nilgün Sarıçoban said: “The Samsun City Museum is the product of years of effort. The material for the museum was not only collected through field research but also through various meetings with scientists. Therefore, the museum is of great value to us. After the expropriation of two buildings belonging to the Turkish State Railways, it was converted into a museum. None of the works were brought here through purchase but by donations. The museum has emerged with the efforts of our citizens, who have given their hearts to Samsun.”

“A glass tunnel connects the two buildings of the museum. While the first building is focused on the city’s history, the second building mostly comprises sections where our traditions and customs, gastronomy, education history and districts are explained,” she added.

Highlighting that local and foreign tourists choose to visit the museum first, Sarıçoban said: “The City Museum is a guide of our city. Our expert colleagues provide information about where and what to do. Of course, our number of visitors has increased this year after the pandemic. In 2022, approximately 32,000 people visited our museum. In addition, we hosted thousands of our students in the 2021-2022 academic year as part of the ‘A Day in the Museum’ project which was carried out with the Directorate of National Education. Most of the teachers prefer our museum as a place of education.”

Samsun City Museum was selected as one of the six most prestigious museums in Europe in the Luigi Micheletti Award Museum Competition. The museum was given the “Project Special Award” in 2013 and the “Museum Encouragement Award” in 2015 by the Historical Cities Association. The museum displays over a thousand pieces of artwork while about 100 of which are registered in its inventory.

In addition, in the “City Memory” section of the museum, there are books that regenerate the city’s historical aspect. There are also works in different languages such as Ottoman Turkish and French, which are 100-125 years old, in the section where there are approximately 2,000 books. It can also be visited online. You can visit the Samsun City Museum website with 360-degree panoramic views.