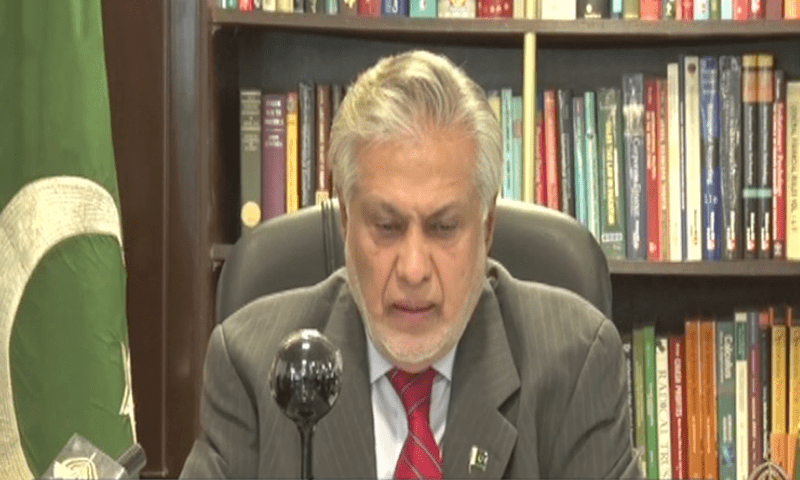 ISLAMABAD (INP): Pakistan is heading in the right direction and will not default, Finance Minister Ishaq Dar said on Wednesday while assuring investors at the Pakistan Stock Exchange (PSX).
Addressing a ceremony, the finance czar said that Pakistan has a “beautiful future and a resilient economy” and there is no chance of default. “We hear every day that Pakistan will default. There is no chance,” he said.
“Pakistan is in tight [fiscal] position and we do not have $24 billion in reserves which the PML-N government left in 2016 and it’s not my fault. The fault is in the system and we must ensure Pakistan goes forward,” said the finance minister.
He urged political parties to show some serious attitude and stop playing with the country’s economy for petty political gains. The finance minister further said that the Securities and Exchange Commission of Pakistan (SECP) are of great significance in improving country’s economy and government was focusing to improve their functioning.
“We have not banned imports but prioritized import items under different categories so the essential items can be imported on a priority basis,” Ishaq Dar said, adding that essential items including medicine and edible oil have been put in category one, energy imports in category two, imports for export-oriented industry in category three while imports for the agricultural industry in category four.
“We should learn from the mistakes of past and work together for the development of the country,” Ishaq Dar reiterated.
Explaining the primary reasons for the worsening situation, the finance minister said the smuggling of the greenback to a neighbouring country, import of wheat and its partial subsidisation and smuggling of wheat and fertilisers are the three main reasons behind the deteriorating economy.
Dar said he had asked the law enforcement agencies to ensure that the smuggling of all three items was stopped.