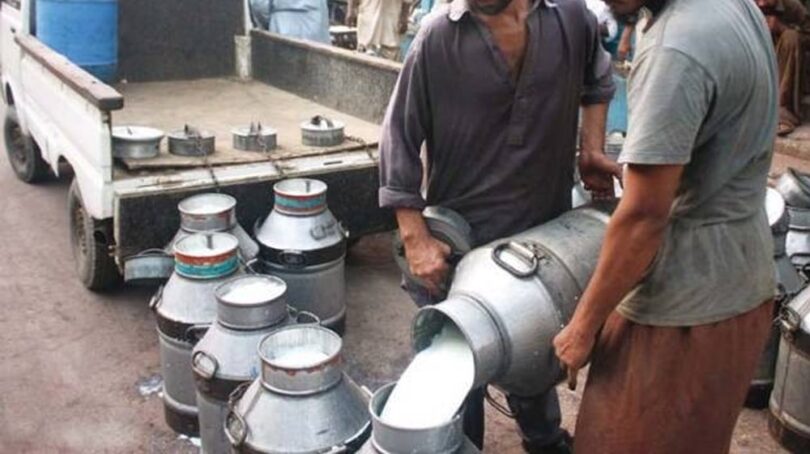 LAHORE (Monitoring Desk): The Punjab Food Authority (PFA) discovered a fraudulent milk-producing business and filed a first information report (FIR) naming eight persons while turning over seven others caught during the operation to the police.

Three trucks, a blending machine, a gas cylinder, an electric heater, plastic barrels, and other equipment were also taken by the authorities.

The DG stated that the PFA launched an operation on a tip received from a surveillance cell and intervened against the milk contamination mafia after discovering that milk specimens were not up to PFA standards.

He further stated that contaminated milk was created using ghee, powder, wastewater, and toxic chemicals. He went on to say that the fake milk was kept cold in ice trays.

He went on to say that contaminated substances were typically utilized to enhance the thickness of the “milk”, nevertheless, the consumption of tainted milk poses a health risk and PFA is dedicated to putting an end to the evil practice of milk adulteration, for which a new system and law will be implemented.

He urged people to call PFA’s helpline 1223 if they noticed any food hygiene issues.