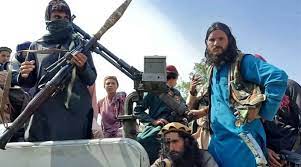 KABUL (Khaama Press): The recent gender-based decrees issued by the Supreme leader of the Islamic Emirate of Afghanistan restricting women from working for NGOs and getting university and higher education, culminated the tensions among the Afghan people.
The implementation of the ban completely erased Afghan women and girls from society, which prompted severe condemnations from the international community and the people of Afghanistan. Although some foreign governments, aid organizations, and other stakeholders called the de facto authorities to reverse the decision, nothing has changed so far.
On the contrary, these gender apartheid policies fueled the fire of hatred and resistance against the country’s ruling regime. The notion of embracing everyone to form an inclusive government where people could see them represented in the government has long died. Discrimination against women, religious minorities, and ethnicities has been witnessed since the Taliban’s return to power. The IEA authorities have been accused of monopolizing the power while giving no chance to others participating in the Islamic regime.
The integration of all these issues causes people to resist the Taliban administration on different fronts, be it through social movements (protests), military resistance, or opposing the group through spreading anti-regime propaganda.
Recently, reports about intensive fighting between the Taliban and the forces of the National Resistance Front (NRF) in the last week of December surfaced online. The NRF is one of the only groups militarily resisting the Taliban administration. Concentrated in the Andarab, the NRF forces repelled both ground and air attacks from the Taliban with both sides facing heavy casualties.
The group headed by Ahmad Massoud, the late Ahmad Shah Massoud’s son, aims to set up a federal, decentralized, and democratic government in Afghanistan. The NRF currently pushes to drain the enemy, conduct targeted strikes and liberate more regions and accumulate resources so that they could cause further threats to the Taliban in the long term.
Since the Taliban’s return to power several other armed groups have announced their presence in Afghanistan including the Afghanistan Islamic National and Liberation Movement, Soldiers of Hazaristan, Freedom Corps, the Liberation Front of Afghanistan, etc. Not much is known about their members or their presence on the ground, with their social media handles their propaganda against the Taliban regime.
Despite all the odds, the resistance against the Taliban regime, be it social media propaganda, armed resistance, or protests, continues at different levels, leading to further tensions and chaos in the country in the long term.