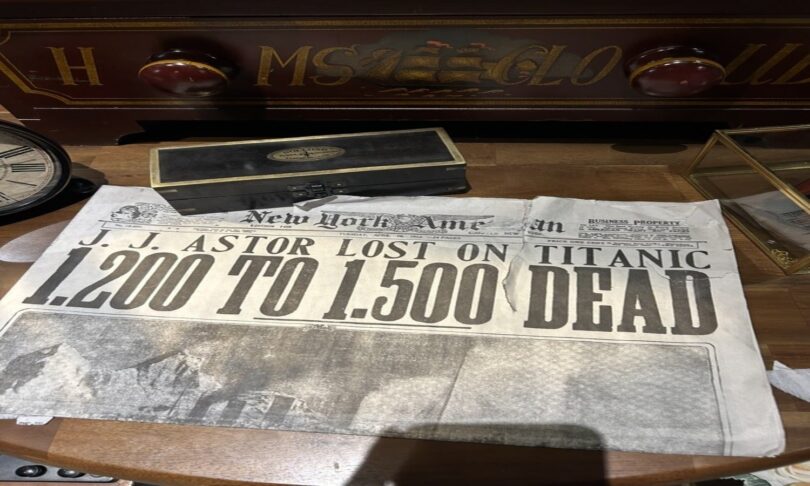 NEW YORK CITY : In the heart of New York City, an immersive ‘Titanic: The Exhibition’ invites visitors to an emotional journey with countless true passenger stories

All exhibitions are effective as they evoke some emotional responses in visitors. They form responses when interacting and engender a mix of emotions, which we call affect.

“Titanic: The Exhibition” which introduces the tales of the people aboard history’s most legendary ship on its maiden and final journey, has kicked off in New York City. The exhibition invites visitors to travel back to the year 1912 through photographs and handwritten letters.

Apart from being a mere exhibition, it is an emotional journey, unfurling the true stories of the Titanic’s passengers. I have never been so emotional and fascinated while visiting an exhibition in my life. In the depths of history or in terms of Titanic’s historic tragedy, it was a truly remarkable experience.

When I visited the exhibition, I was immersed in the ship and really liked the reconstruction of the corridors, cabins and rooms. The exhibition features over 200 original objects taken from the ship.

That experience made me question why we feel so sad when we see the real letters of passengers. When I explore life-size, detailed recreations of the ship’s interior, I also witnessed the stark contrast between a lavish first-class suite and a humble third-class cabin. It was definitely not a scene from the iconic movie “Titanic.”

On the other hand, the exhibition is as emotional as it is aesthetic and connects you to the gloomy human tragedy from many many years ago, unveiling the true stories of the Titanic’s passengers created by the Spanish company Musealia and the contribution of Titanic historian and expert Claes-Göran Wetterholm. I also enjoyed the audio guide in multiple languages that functions as the narrator throughout the exhibition, bringing every historical account to life with music, sound effects and testimonies from Titanic passengers and crew. 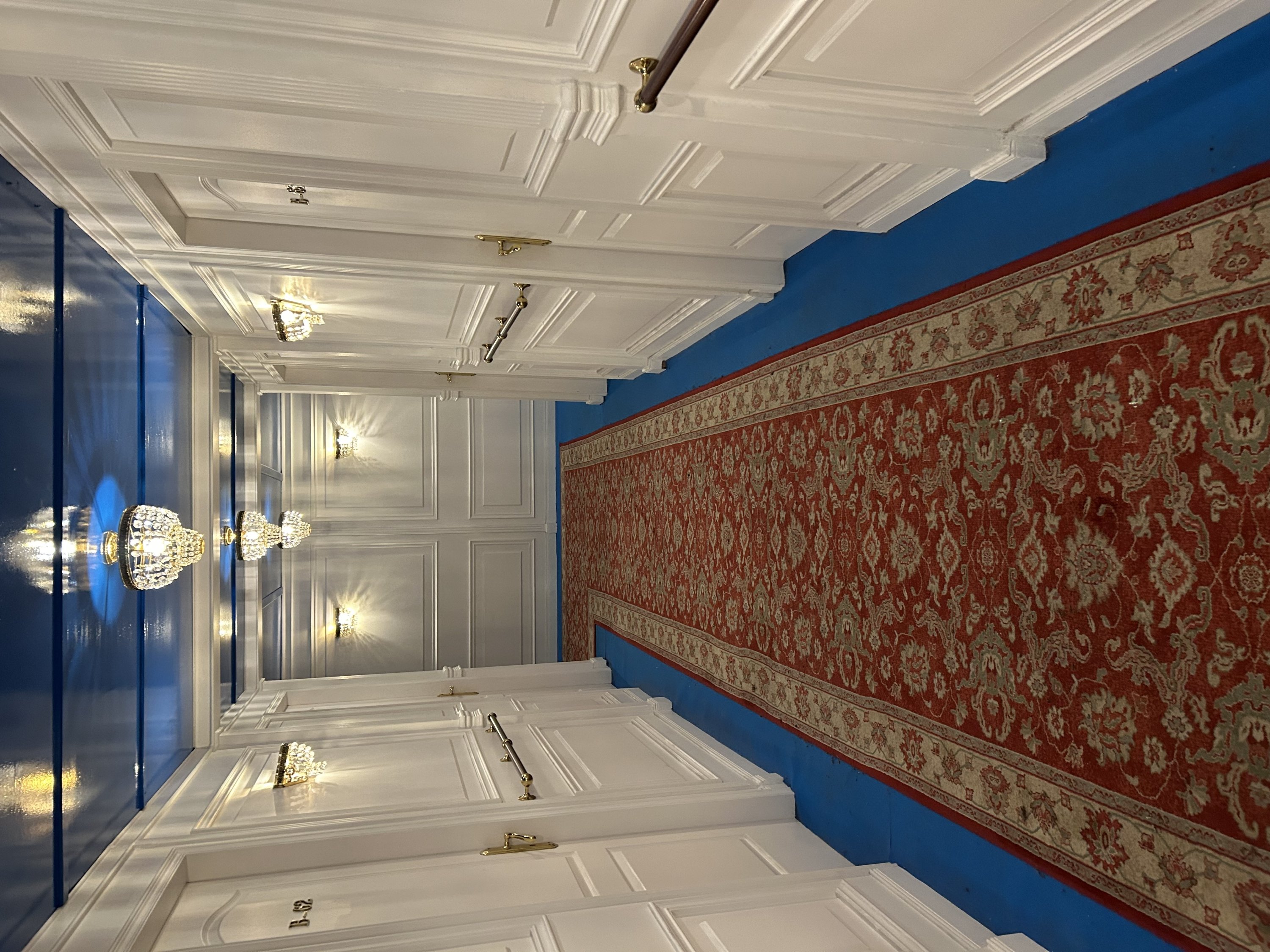 The recreation of Titanic’s corridors. (Photo by Funda Karayel)

I entered the room dedicated to a pair of shoes that once belonged to one of the members of Louise Kink’s family. The Kink family were passengers in third class traveling from Zurich who ended up becoming one of the few families that survived the catastrophe. In fact, when the ship hit the iceberg, only the mother and her daughter were allowed to get on a lifeboat.

The most dazzling part of the exhibition was gazing at the necklace that belonged to one Kate Phillips, whose story supposedly inspired the Academy Award-winning film “Titanic,” starring Leonardo DiCaprio and Kate Winslet. At one point during their trip, Henry gifted Kate a pendant with a jewel and when the ship Titanic hit the iceberg, they both tried to get on a lifeboat but only Kate got onboard and survived.

Third-class passenger Gerda Lindell’s story was fascinating too. Lindell’s famous ring is also on display at the exhibit as a sad recollection. Remember, the scene from the movie when the crew announced the danger that everyone on board was facing, Gerda and her husband Edvard ran to the deck to get on a lifeboat. Realizing there were too many people trying to save themselves, the couple desperately jumped into the water and managed to cling onto the boat without even wearing life jackets. Edvard was able to climb in while another passenger named August Wennerstrom held onto Gerda’s hand from the inside. At one point, Wennerstrom could no longer hold on as Gerda’s hand slipped away and so did her ring, which was later found on the floor of the boat. Edvard passed away from hypothermia a few moments later.

A diary written on the board of Titanic and “The Heart of the Ocean” necklace that was gifted to Rose (Kate Winslet) were definitely among the must-see objects in the exhibition. Following a sold-out show run in London, the exhibition features around 200 specially selected artifacts, some of which have never been displayed in the U.S.