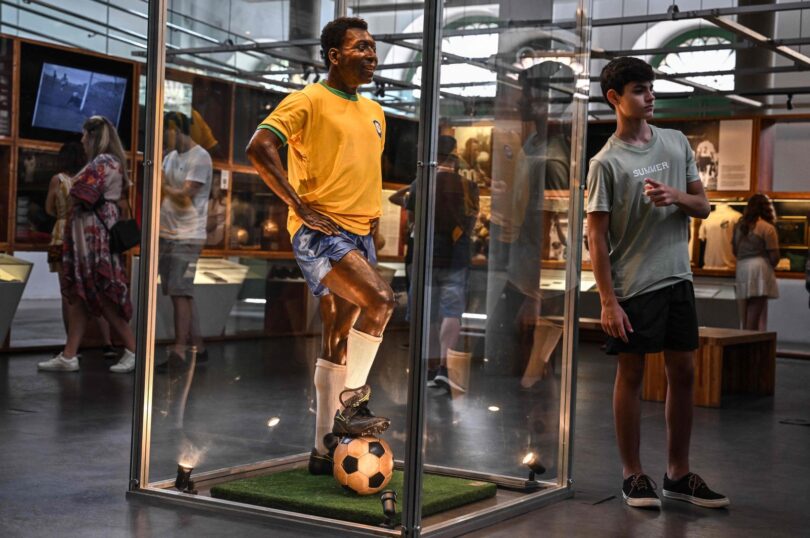 SANTOS (AFP): The legendary football figure Pele’s museum in Brazil is overflowing with visitors as they strive to be part of his legacy.

For a visiting 53-year-old lawyer, Pele is above all “an example of perseverance and resilience, for all generations.”

The museum in Santos is full of memorabilia from the man dubbed “The King”: Jerseys and cleats he wore, balls from key matches, and numerous trophies – including the honorary FIFA Golden Ball he received in 2014.

Pele, 82, is battling worsening cancer as well as kidney and heart problems at a Sao Paulo hospital, some 80 kilometers (50 miles) inland.

“It was the best. People keep comparing him to others, but no one has surpassed him yet,” Hermes added.

While known globally as the only player in history to have led his country to three World Cup wins (1958, 1962 and 1970), Pele also had great success with his Santos team, including back-to-back Intercontinental Cup wins in 1962 and 1963.

Born in the neighboring state of Minas Gerais, Pele spent almost all of his career at Santos FC, before a few final seasons in the 1970s with the New York Cosmos.

Santos FC’s jerseys this season will feature a golden crown above the club’s crest, a tribute to the team’s eternal No. 10.

“Pele will always be our king, the great king of football,” said Murillo Junior.