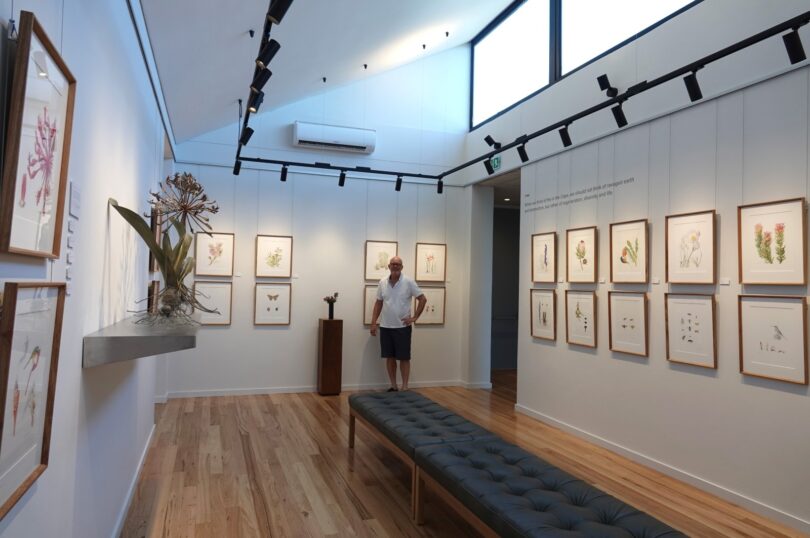 GANSBAAI (DPA): When you think of South Africa, you may think of lions and elephants and deserted beaches. However, the world’s most extraordinary wild plants are growing in an area around Cape Town, and now they are displayed in a botanical art gallery.

Each artist selected one or more plants on-site and illustrated them meticulously. Each scientifically accurate picture is accompanied by a second one showing the pollinators of the respective plant.

“My florilegium not only highlights the unique diversity of the Cape flora but also draws attention to the delicate balance and complex relationship between the environment, the plants, and their pollinators,” Lutzeyer shared.

There are only about a dozen florilegias – anthologies or collections of botanical illustrations – in the world. Probably the most famous is the Highgrove Florilegium in the United Kingdom, founded by King Charles to document the plants in the garden of his private residence. Four years ago the king also commissioned dozens of botanical paintings to record the flora in Romanian Transylvania after he fell in love with them on a trip 20 years back.

Fynbos, which means “fine bush” in the local Afrikaans language, is both the name of the region and a collective term for the tough shrubs with often small leathery leaves that are native to the area. Over 1,700 of the approximately 8,500 fynbos species are threatened with extinction, critically endangered or endangered, according to the South African Biodiversity Institute SANBI.

Lutzeyer discovered the Grootbos nature reserve by chance on a camping trip. In the middle of nowhere, between the picturesque towns of Gansbaai and Stanford, he saw a “For Sale” sign on the side of the road for an undeveloped 3,500-hectare site and bought it on impulse.

You can see all the way to the Atlantic Ocean from the top of the property, with bright beige sand dunes stretching along the water’s edge. In good weather, the view extends for many kilometers to the Cape of Good Hope.

To begin with, Lutzeyer was not at all concerned with conservation – he simply wanted to get into sustainable tourism and built five small self-catering bungalows. It was his father Heiner who started documenting the fynbos. Within the next decades, with the help of two experts, he recorded 935 plant species on Grootbos, which lies in an area that has one of the highest plant diversity levels in the world.

Over two-thirds of the 9,000 native plant species exist only in this 90,000-square-kilometer (34,750-square-mile) region, and nowhere else in the world. The area is one of the world’s 36 biodiversity hot spots – areas whose vegetation is considered irreplaceable.

There are seven previously undiscovered species among the plants documented by Heiner Lutzeyer. Two of them – Capnophyllum lutzeyeri and Lachenalia lutzeyeri – were named after him.

His son has now also fulfilled his dream of sustainable tourism. The estate now includes a luxury resort that regularly wins awards for responsible tourism.