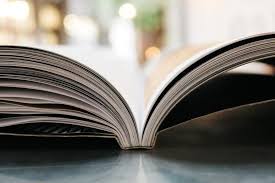 Mr. Bharu Mal Amrani, who is the writer of this book, is a renowned researcher and historian. He has written on the people, their traditions and folk wisdom of Tharparkar in his unique way. He used to write continuously regarding Thar. His many books on Tharparkar have been published. This book “The Folk Wisdom of Thar” is a unique scientific and research effort, in which the folk wisdom of Thar has been highlighted in detail. This book is consisting of eleven chapters, preface is written by Dr. Abdul Aziz Rahmani, who himself is a famous researcher of Umarkot.

The book is published by Civil Society Support Program, a famous NGO having its head office in Hyderabad. The Chief Executive Officer CSSP Mr. Noor Muhammad Bajeer on behalf of organization writes in Publisher’s Note, that CSSP has worked on compilation of history of the region alongwith other its other social activities. The organization wants to connect the society with the high values of its past through activities that highlight civilization, culture and folk wisdom. He writes that the high values and traditions of the past guarantee tolerance in the society. One of the reasons for the current chaos and anxiety in our society is that we have been become cut-off from the glorious traditions and values of the past.

The author of the book, Mr. Bharu mal Amrani writes that he belongs to an artist tribe Thar “Suthar tribe”. The folk wisdom has been left behind from the generation to generation. The topic of first chapter is “The Folkore of Thar and its Importance”, in this chapter many points of folk wisdom, which are related to natural calamities, are discussed briefly. These points emphasize the management and protection of community people in modern times, these all points are present in Thar’s folklore. For example: participatory society, Better guidance, accurate assessments of natural disasters, livestock management, sustainable agricultural practices, construction of disaster resilience houses, public awareness system, relief and rehabilitation activities. Thus, on the one hand, the traditions of purity of relationships are strong in Thar, while birds and animals are being loved and cared. All Hindu festivals in Thar are associated with the seasons. During the season, fairs are held at the shrines of saints and sadhus, who promote tolerance, brotherhood, cultural diversity in Thar.

In the chapter of Signs, predictions of forecast and Natural Disasters in Thar, it is described that how people of Thar live close to nature, who understand what is happening in nature and what is going to happen in near future. The signs like sudden changes in sounds, movements and body color of wildlife and livestock let them know what is going to happen in nature, Such folk wisdom is called omen. There are good and bad omens. During the time of sunset a star appears in the west. If in the month of Sawan the star does not rise then such omen is considered as sign of famine. They say that if your palm gets itchy you will get money. Itchy feet are considered as an omen of travel. Dozens of such beautiful couplets mention finding omens and relics in the folkore of Thar.

In next chapter of Cattle’s care and treatment of animal disease in Thar, he has described that Thar is originally the land of Gauchar (the grazing land), the rich man is called Bhagyo (lucky person). The people of Thar mark their cattle according to their communities in order to know the cattle having any mark belongs to which community. There are many folk cerebral people of Thar, who easily recognize the feet of their thousands of cattle. If any person drinks milk, he understands that that is cow, buffalo, goat or camel’s milk. In the end of this chapter the writer has written about famous cerebral people of Thar including Abdul Rauf Halepoto, who treats cattle with folk wisdom in Thar, Ama Salimat, Mehran, Gul Muhammad, Allah Warayo, Asghar Nohrio, Kanji Suthar, Fazil Soomro, Bhamro Joshi, and Ama Maan Bai.

The next chapter is on Agriculture, trees, plants, wildlife, and preparedness and mitigation of droughts in Thar. It is stated that Thar is basically a pasture land. After passing time people started ploughing lands. In British period the survey was conducted in 1885-86 and later on in 1935. The people who were ploughing lands, they were provided survey lands, while other grazing land was seized by Government. Nowadays people have started occupying Government lands and started to plough with tractors. He suggests that the land grant policy should be adopted in Thar on the principles of folk wisdom and revenue. If the problems are solved timely then the agriculture can be developed in Thar and for pastures lands can also be protected.

The author laments that we tend to forget folk wisdom while using of natural resources. Due to hunting of wildlife including harvesting, cutting of valuable plants and herbs a void is created that will never be filled, therefore the livelihood of large population dependent on natural resources has come under threat. In the chapter of Folk Art and Skilled People, it is stated that there ewre two or four houses of skilled families were living in every main village of Thar. A good and powerful village in Thar was considered that one, in which skilled people of 18 professions were living. The villagers did not have to go out for any work. Later, when the ruling class started to consider the skilled people lower and inferior, then those artists came to the towns, they brought their skill and craftsmanship to the markets.The author reached to the art of blacksmiths in the ancient ruins of oldest city of Pari Nagar, where the signs of large iron factories also described by many historians. In the chapter of “The Art of Joining Bones”, the writer describes the entire process of joining the broken bones and its famous artisans. He has expressed the wisdom of Latif Sain’s poetry while describing. Same time Thari artisans also fix broken bones of cattle.

In the chapter of Local Hakeems, the writer has explained that these Hakeems get the knowledge of the disease from the patients and calculate its prescriptions from pulse. There are many specialist hakeems, who put hand on the patient’s pulse and treat the disease by understanding it. He has described the famous hakeems i.e. Maulana Abdul Haq Chandio, Maulana Abdul Hadi Chandio, Fakir Sobhu Khan Wasaipoto, Faqir Muhammad Bachal Wasaipoto, Faqir Sulaiman Memon and Motidan Charan. The herbs of Karunjhar mountain are also not forgotten in the chapter.

Many other aspects of life and folklore of Thar including knowledge, literature, patience, endurance, education, Thari music, and its composers are described at brief. The chater of “Jury system in Thar and famous Decision Makers” describes that the Patels of the community have the care and improvement of their people. During the decision making, he listens to everyone to understand the issues. He listens attentively but assesses in the manner of talking like a psychologist. However such decision making is happening in all over the province. In this chapter of Inventors of Local Technics, the writer writes about inventor of modern technique of making wells with inverted masonry and famous hakeem Maulana Abdul Haq Chandio, the big name of folk wisdom Keso Dan Charan, leather craftsman Chetan Meghwar, the expert in the art of horse riding Mr. Khabar khan Chandio and many other names of folk wisdom.